How to Choose the Best Gun Oil, Lube and Grease [Buying Guide] As a newcomer to the world of firearms, you’re in for a lot of trouble. You’ve finally settled with a choice of weapon and learned the basics of its functioning, but then someone remarks that you also need the best gun oil. Another person talks about lubricants. And the next one drops the grease bomb. What are all those things, and do you need them all?

Anyone can take a shot with a gun. Not everyone will hit the bull’s eye, but pulling the trigger isn’t all that hard, even if you’re a total newbie. But rare are the people who know how to properly maintain their firearms, even though there is no particular wisdom to it. Gun oil is one of the basic tools for this purpose.

As with many other goods, however, you would have to spend hours of scrolling through brands and products. And usually come out empty-handed, and empty-brained. Sometimes even empty-pocketed! To prevent all of that and help you out with your choice, we’ve spent dozens of hours sifting through and testing various products. Here’s a roundup of the best choices money can buy, as well as a quick buying guide to help you separate the wheat from chaff.

Why Does My Gun Need Oil?

A gun is a mechanical structure that functions much like a clockwork: a bunch of tiny little metal pieces rubbing against each other, propelling one another to move. On the surface, it might seem like a self-sufficient little machine that needs no tinkering around in order to work. But if you were to take a look under the hood (especially under a magnifier), you would realize that one vital part is missing from the equation. This part is invisible when it’s there. But it makes an a very visible difference when it isn’t. And that’s the part that allows it all to move easily, without obstructions and jams.

In other words, grease is to your gun what cartilage is to your joints and ankles. They are all a nearly perfect mechanical structure. But they still desperately need that little tissue to allow for smooth movement and functioning. Without it, movement would only be possible in the short run. After a while, the limbs would have started to grate and damage each other, ultimately affecting the whole structure. And what’s the use of arms and legs if they can’t perform?

Similarly, the gun needs the best gun oil so that its parts don’t start eating away at each other. If you let that happen, it will significantly shorten the gun’s lifetime. But even more importantly, it may affect its proper functioning, making it less dependable at exactly the wrong moment.

The best gun oil in general does much more than just keeping your gun functional. It also cleans the item, which means it gets rid of various contaminants and prevents the rust from digging in.

The only problem is, not every gun oil will perform all of these functions. In fact, the less functions it has, the better it will carry them out. There are three basic types, and the fourth that comprises them all:

Therefore, every gun owner needs to get one of each, or at least a 3-in-1, no matter how often or how seldom you actually use your piece. Granted, not everyone will need a full-blown set of gunsmithing tools. But gun oil is part of basic gun hygiene, and you should treat it accordingly.

This reputable gun cleaning solvent has been around since 1903. I’ll never praise a product just because it’s old. But I will always assume that the manufacturer has learned a thing or two about the matter during those long decades.

In this case, they’ve made a nice product that will protect all kinds of firearms from rust, powder, lead, and metal fouling. So, if you’re one of those people who possess a whole host of firearms, you can get this solvent and use it on all of them. For the quality it offers, it doesn’t cost much either.

And as far as gun oils go, it really doesn’t smell too awful. (So next time when a manufacturer tells you that their product smells awesome, take it with a grain of salt.) But that’s okay. I trust you don’t intend on using it as a perfume. It’s best to clean your firearms in the backyard anyway.

If you need a more user-friendly option with a precision applicator, check out Hoppe’s No. 9 Gun Oil.

Like its name suggests, this thing is a gun lube. But is that all it does?

Nope. It also protects your weapon from corrosion as well as the negative impact of salt, sand, and humidity. In other words, you can use this lube both for a weapon you use very rarely and a weapon you use all too often, in various weather conditions. It will withstand even the extremes such as -90 or +450 degrees Fahrenheit. Okay, I sincerely doubt you will ever lay foot in such climates unless you intend to camp on Mars or spend a weekend on Pluto. But when your gun fires, it can get really hot in there! That’s why you can place your trust in this grease. After all, the U.S. special forces do.

Another premium feature is that it’s non-flammable, which can’t be said for most other options from our list.

As for cons, there aren’t many. One that I would single out is the price, which is a wee bigger than your average, all-purpose cleaner is. But then again, this product is superior to those jacks of all trades. And, unless you have a whole host of firearms, it will last long. You only need a very small amount to do the job.

Therefore, not only gun owners will buy this spray. If you have many metal items or machines that tend to corrode, jam up, or freeze, this lube will become your next best pal. It will get rid of rust and repel humidity, so that you don’t have to deal with this problem again and again. Or at least for another year (that’s how long the protection lasts). That along with the versatility means you’ll get a good bang for your buck.

On the chemical side, it doesn’t have chlorinated compounds. But that still doesn’t mean you should inhale it. Remember the “heavy-duty” phrase on the label, and stick to your backyard.

As for the product’s quality, it was used in aviation for a long time. ‘Nuff said about its dependability. I did disclose my personal opinion on all-purpose products. However, there are so many CLP products on the market that it would have been unfair to just ignore them.

When a manufacturer advertises a product as an absolutely universal cleaner that will scrub off anything from anything else, you’d better be cautious. According to this particular product description, Ballistol “preserves and protects metal, wood, leather, and plastics”.

Okay, but will it protect my back from that damn rash I got from reading those glamorous advertisements that promise fireworks of effects when all I want is a decent pack of gun solvent?

Probably not. Or they would have included that bit too.

Jokes and rants aside, could the 3,800+ happy customers on Amazon be so wrong about this product? Curiously enough, I think they aren’t wrong. And not just because this brand is over 100 years old. The spray really does clean bores on your firearms. Apart from being very handy and making its way into the tiniest cracks, it’s also an eco-friendly product. Which means you don’t need super powerful protective gloves when using it. That still doesn’t mean you should inhale it, though.

The reason why we recommend this product to lazy shooters is that, once applied, it turns into a film that will repel contamination, humidity, dust, or any other evil. And that film will stay there no matter what! You can rest assured your weapon won’t corrode or anything like that, however long it stays in that drawer. Unlike some other options, this film is so thin that it won’t gum up.

However, the caveat is that you mustn’t apply too much of it. If you overdo it, your weapon may become slippery. And believe me, it’s difficult to get rid of that excess film.

It’s another all-purpose CLP (cleaner, lubricant, protectant) solution. But if you have metal fouling issues, you’ll need another bottle of a more invasive cleaner. This thing won’t excel at getting rid of copper or lead deposits. However, I wouldn’t even consider this a true con. When you pay for an all-purpose product, you can’t expect it to be superior in all respects.

The only mild con I would single out is that the bottle tends to leak. Nothing that a ziplock bag won’t fix though. Or you can always position it vertically when storing.

I’ll just assume that if you have spent hundreds of bucks on a firearm, you should be able to pay another dozen or so for its maintenance too. In reality though, many people are not nearly as ready to spend a coin on maintenance as they are on the tool that needs to be maintained in the first place.

So, if you are one of them or simply encounter a disaster scenario that blocks you away from the stores, there is a short-term solution, and it’s called motor oil. No, it’s not some fancy thing with an ordinary name. It’s your regular motor oil, the kind that you and I and everyone else use to grease up the engines on our cars. It performs the same function – reduces friction while protecting the metal parts from rust, grime and other issues, depending on the additives it contains.

(Another solution is whale oil, but I doubt you can get your hands on that in a SHTF scenario.)

But apart from those situations, you should really aim for oil that’s actually designed to clean and maintain guns. I didn’t peek into any of these products’ chemical composition, nor would I know how to interpret it. And the market sometimes does overstate their products’ features and powers. But I know that guns are not motor engines. To each its own oil, I say.

After all, you wouldn’t want your trusty (and expensive) tool to fail or malfunction just because you wanted to save a few pennies. If you buy a dog, get him some food. And if you buy a gun, get it some grease and lube! And oil! 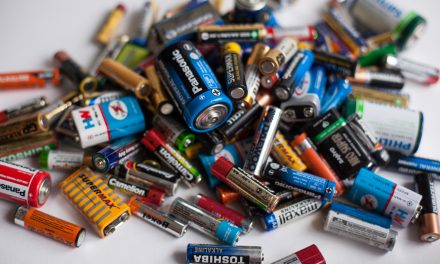 How to Choose the Best Battery Tester Best Sewing Kit for Survivalists (and Why You Need One)