11 Myths and Facts About Bushcraft 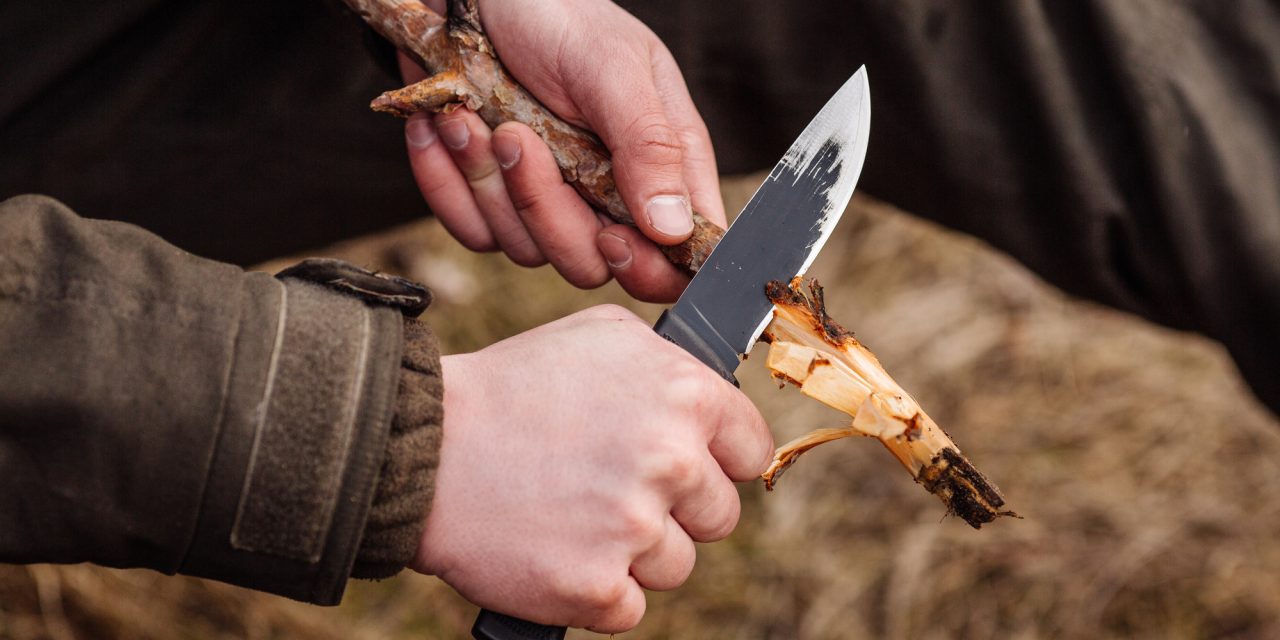 Bushcraft is just a fancy word. But, outdoor skills and survival in the wilderness have always preoccupied and inspired many people. And that’s what bushcraft is all about.

By the way, the word “bushcraft” comes from skills used in the Australian bush. Today, it is popular worldwide thanks to back-to-the-land, homesteading, off-grid, and self-sufficiency groups, and movements. And let’s not forget the most powerful force in today’s world – media. Survival books, movies, and TV shows have popularized all kinds of survival skills and lifestyles immensely.

It is difficult not to enjoy the exotic adventures of survival experts or even ordinary people, from the comfort of your home. If you’re an avid fan of these shows, you may have even learned quite a lot about surviving in the wilderness. You may bedazzle your friends in the local pub, but is this TV-learned knowledge really useful?

So, you can learn some facts from books, from your friends, or even from TV shows and movies. But if you want to be able to use that knowledge, you need to go out there and practice. Also, there’s another downside to second-hand knowledge – it may be false! It is especially so with TV shows that need to entertain you first.

Somehow, deceptions, fabrications, and misconceptions spread faster than the truth and knowledge. And some of them become widespread myths. When it comes to survival skills and strategies, these myths can get you in trouble.

So, let’s see which rules are actually myths and what is the real truth.

What exactly is bushcraft? Well, there’s no such thing as a commonly accepted definition, but it is simple.

It is a set of wilderness survival skills that allows you to survive and thrive in the great outdoors. This is the part that everyone agrees about. When we start talking about specific skills and strategies, the story gets complicated.

However, basic bushcraft skills always include firecraft, shelter building, hunting, tracking, foraging, water-sourcing, and the use of several basic tools. The bushcraft theory can take different routes from there. Various experts often prioritize and focus on different skills and strategies. But, they all have the same direction – surviving and thriving in the wilderness.

Myth #1: Moss Only Grows on the North Side of the Tree 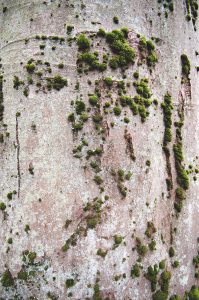 I’ve heard this a zillion times. It seems as if this is a common rule that everybody knows. While it is common to find moss on the north side of the tree, it is not necessarily so.

Moss likes shades and humidity. In the Northern Hemisphere, the sun “travels” from the east to the west, staying on the south side (more or less, depending on latitude). So, the northern part of the tree is almost always in the shadow. However, hills and treetops can cast shadows providing perfect conditions for moss growth regardless of cardinal directions. Furthermore, there are seven types of moss that grow in the sun.

So, moss might give you a rough idea where the north is, especially if there are many trees and the moss pattern is similar. But, sometimes it can send you in the opposite direction.

Fact: Moss can grow in all directions depending on humidity and other conditions. It is an unreliable method to determine cardinal directions. I’d stick with the compass.

Myth #2: Sucking the Venom Out of the Snakebite

It is an old Hollywood myth. Our hero is bitten by the snake and he calmly cuts his skin with a knife and sucks out the venom. After that, he is almost refreshed and ready to save the day.

This can work only if the snake is non-venomous.

In reality, our hero wouldn’t make it very far. This method can only add some bacteria from your mouth into your bloodstream, risking an additional infection.

Fact: You can’t suck the venom out. All you can do is stay calm to lower your heart rate and slow the spread of the venom. Also, keep the bite below the level of your heart. Clean the wound with water and soap if possible, and get to a doctor. 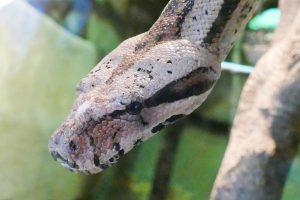 Truth be told, there’s a little bit of truth in most of the myths. But it needs to be true each and every time to rely on it. As for venomous snakes, this widespread myth is simply untrue.

First of all, it’s not always easy to determine the shape of the snake’s head. People regularly make mistakes when they try to distinguish rounded and triangular or diamond shapes. Secondly, not all venomous snakes have a triangular head-shape (for example, cobra). Finally, some non-venomous snakes flatten their heads when in danger, making it appear triangle-shaped. So, good luck with the assessment!

Fact: You can’t judge the book by the cover, nor a snake by its head shape. Actually, you can, but you’ll get it wrong quite often.

Myth #4: If a Bear Attacks You, All You Can Do Is Play Dead 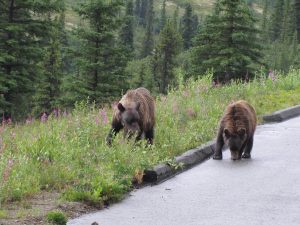 In all honesty, there’s no good strategy that covers all kinds of bear attacks. There are three different strategies that saved many people. Yelling, screaming, and trying to appear larger than you are may scare a bear away.

Moving away sideways, and slowly, will help if a bear is not aggressive. Fighting back was a life-saving strategy in some cases. And, yes, sometimes a bear will go away if you play dead.

But, each of these strategies may fail or cause even a more ferocious attack. Bears are stronger, faster, and better climbers than humans. If a bear decides that you’re prey, playing dead will only make it easier for him. Fighting back with anything you can grab, or escaping to a car or a building is the only way that gives you a chance.

Fact: Bear attacks can be predatory or defensive. In a case of an aggressive, predatory attack you have to fight back. If a bear wants to scare you or protect its cubs, playing dead might work.

Myth #5: Lean-To Shelters Are the Best for Bushcraft

This is almost the only type of shelter that you’ll see on survival TV shows. While these shelters will protect you from the wind and maybe from rain, I wouldn’t like to sleep in one of those in cold weather. When it’s cold, you need to stay warm and dry. Sleeping on the cold ground is not a smart thing to do.

So, lean-to shelters look good, and they are relatively easy to build. However, they are suitable only for specific situations.

Fact: The best shelter type depends on weather and environmental conditions. More often than not, a lean-to shelter is not the best option.

Myth #6: You Don’t Need a Shelter for Bushcraft If You Build a Large Fire 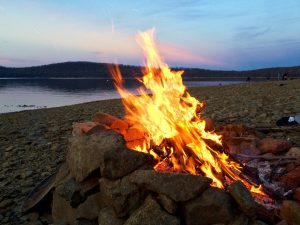 A large fire produces a lot of heat. And that’s what you need to survive the cold, right?

Seriously, I don’t know where this myth came from. Yes, fire can produce a lot of heat, but the idea of sleeping by the fire in cold weather is quite ridiculous. First, the weather can change. If it rains, your fire will go out. Strong winds will make it pretty much useless and even dangerous. Even if it’s quiet and peaceful, it takes constant work to keep the fire going strong. So, you may stay warm and dry, but you won’t get much sleep.

Fact: Unless you’re playing the guitar and singing with your friends on a tropical beach, you’ll need to build a shelter. Larger fire can’t replace it.

Myth #7: Build a Fire in a Cave to Stay Dry and Warm

A cave is a natural shelter and the fire will make it warm enough. After all, that’s how the cavemen lived.

I hate to break it to you, but this is another myth. While some prehistoric humans did live in the caves, most of them did NOT. Anyway, a fire in the cave can keep you dry and warm, but it can also kill you. The heat causes the rock to expand which can lead to cracking and breaking. Also, the fire needs oxygen to burn. If the cave opening is small, the fire will deplete oxygen levels and increase the level of carbon dioxide.

Fact: Building a fire in a cave or under a rock overhang is dangerous.

How the heck could this piece of thin foil keep you warm? I have heard this one too many times. Well, half knowledge is sometimes more dangerous than ignorance. I believe that this myth comes from the fact that mylar blankets can’t warm you up. But, there’s a good reason why marathon runners use them after the race. These silly, thin blankets can drastically reduce heat loss. 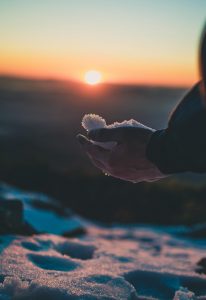 Snow is water, isn’t it? So, if you’re stuck in deep snow, hydration shouldn’t be a problem. It seems as if it’s no brainer, but it’s not that simple.

And eating a lot of cold air just to get a few drops of water isn’t very smart.

Fact: Snow contains a lot of air and a little bit of water. It’s around a 10 to 1 ratio. Ingesting large amounts of cold air can lower your core temperature and lead to hypothermia.

So, instead of gulping the cold, white substance, you should melt it to get some water. And while at it, make sure to boil it for purification.

Myth #10: Drink Your Own Urine to Survive 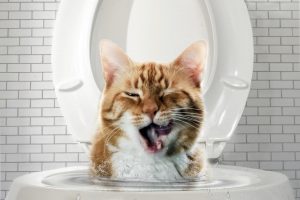 You must have heard dozens of survival stories of people who drank their own pee to avoid dying of thirst. It’s sterile and 95% water. Maybe it smells bad, but, hey, it’s your life on the line!

Unfortunately, I have to disappoint you. Sipping your own spirits won’t help and it may make things worse.

Truth be told, if you’re perfectly healthy and 100% hydrated, your urine will have low levels of pollutants and salts. However, as you’re getting dehydrated your urine becomes very concentrated and harmful.

Fact: The more dehydrated you are, the more dangerous your urine becomes. You can play tough guy and take a sip or two, but it won’t rehydrate you. It’s more likely to damage your kidneys. 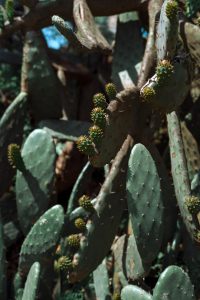 Running out of water in a desert is one of the worst survival scenarios. While it’s highly unlikely that you’ll find fresh, running water, finding a cactus shouldn’t be a problem. And you can extract some moisture from these prickly plants.

However, cacti aren’t water containers. If they were, not even spines would save them from thirsty animals.

Fact: Beside spines, cacti protect their water with potent alkaloids and acids. So, if you drink their liquid you’ll likely end up with diarrhea or vomiting.

And you’ll lose more liquid than you have taken. However, if you can recognize fishhook barrel cactus, it has much lower levels of acids and alkaloids. Hence, you can safely take a few sips.

Bushcraft myths are often widespread and somehow stick around for a long time. While some of them are silly and great for story-telling, they are dangerous.

They can be, sort of, wild-glamorous and astonishing. But, trust me, there’s nothing glamorous about survival. So, if you’re into bushcraft or any kind of survivalism, focus on knowledge and skills, not on stories and gear. Once you have the knowledge, you’ll be able to avoid and dismiss various misconceptions and myths. 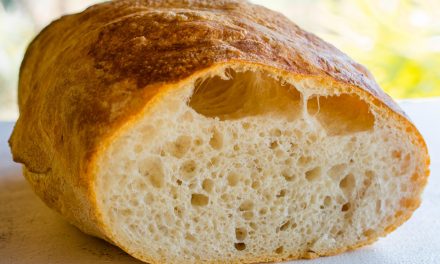 Best Survival Bread Recipe That Anyone Can Make 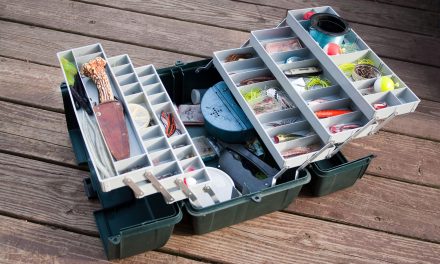 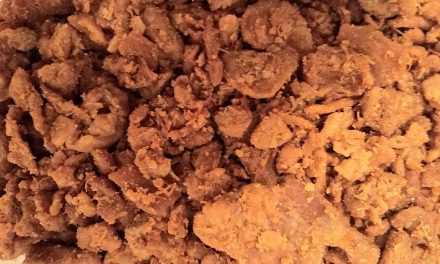 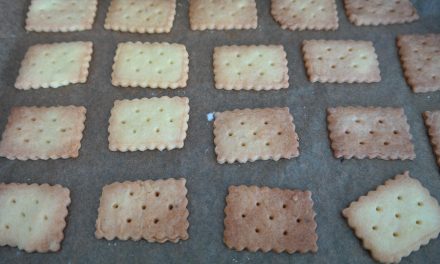