The Ultimate Guide to Parts of a Gun – Know Your Weapon 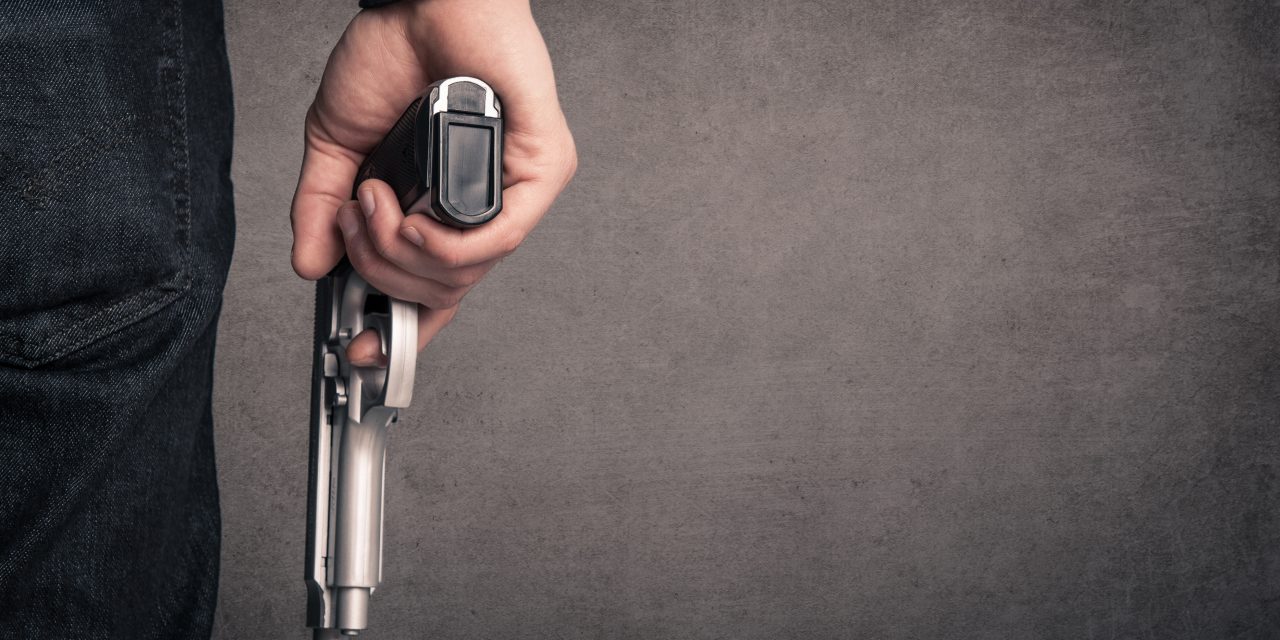 Do you own a gun? The answer to this question is “Yes” for a huge number of Americans. Around 43% of Americans live in households that have at least one gun. We own more than 390 million firearms. But, if you ask if they know all parts of a gun, how they are put together, and how they work, I believe we would have a significantly lower number of positive answers. Having a gun and knowing it should go hand in hand.

There are many reasons why people have guns. For some of them, it is a part of tradition and culture. Others have guns for protection. Some people are involved in shooting and hunting sports. There are also some gun collectors who pursue it like any other hobby. Whatever the reason, it’s not enough to have a gun. You should have some knowledge about it, too.

Why You Need to Know Your Weapons

Most people own guns for security reasons. And that’s okay. Homeowners with guns chase away thousands of burglars each year. Hopefully, you won’t experience such a scenario, but guns do make you safer. Gun owners are more confident and calm in SHTF situations.

But many of them are prone to forgetting a simple truth: guns are no toys. They may look good and make you feel good, but if you don’t handle them properly you can endanger yourself and people around you. These mistakes can be very costly.

Usually, gun owners never intend to use their guns outside a shooting range. Still, they keep them at their homes just in case. But, when there’s a threat to your home, you want your gun to work properly to protect your home and your nearest and dearest. In order to avoid potentially dangerous malfunctions, you need to maintain and handle your weapons properly.

Don’t get me wrong here. I am not saying that you need to become a firearm expert. It’s just that guns are serious business and you should treat them accordingly. It doesn’t take much time to learn the basics about your gun and it can make a world of difference when it comes to safety and security.

So, if you’re a novice gun owner or you plan to buy one, here’s lesson number one: gun parts.

Parts of a Handgun

A handgun is a firearm that can be used with one hand. Typically, there are two common types of handguns: pistols and revolvers.

Parts of a Revolver

Grip: The grip is the part of a revolver that’s used to hold it.

Trigger: It is a lever that you pull to fire a shot.

Trigger Guard: The trigger guard is a metal loop around the trigger. It prevents accidental firing.

Hammer: When you pull the trigger, the hammer strikes the firing pin. In some weapons, it strikes the cartridge primer directly. The primer initiates a chain reaction that pushes the bullet out of the gun barrel.

Firing Pin: A firing pin is a small metal rod that transfers energy from the hammer to the primer.

Cylinder: The cylinder is a rotating part of a revolver. It holds cartridges in multiple (most commonly 6) chambers. It revolves around a central axis. With each tilt, it brings the next chamber into alignment with the barrel.

Barrel: It is a metal tube that a bullet is fired through. The hollow of the barrel is called the bore and the exit is called the muzzle.

Sights: Most handguns have a front and rear sight for aiming.

Parts of a Pistol

A pistol is a handgun with a single fixed chamber integral with its barrel. A pistol has some basic parts the same as a revolver: the grip, trigger, trigger guard, hammer, firing pin, barrel, and sights. It doesn’t have the cylinder, but it has some other parts that a revolver lacks.

Magazine: A magazine is a device that holds cartridges. It feeds cartridges into the chamber through a spring-loaded follower. There are two types of magazines – detachable (removable) and internal ( integral to the pistol). Most pistols have detachable magazines.

Magazine Well: It locks the magazine in position for feeding ammo into the chamber.

Magazine Release Button: As the name says, this button allows ejecting the magazine from the grip of a pistol.

Takedown Lever: It allows you to disassemble the gun quickly for cleaning or repair.

Slide: It is the part that slides back and forth to introduce a new cartridge from the magazine into the chamber.

Slide Lock: It locks the slide back when the magazine is empty.

Ejection Port: Ejection port is the part where spent casings come out of the pistol. 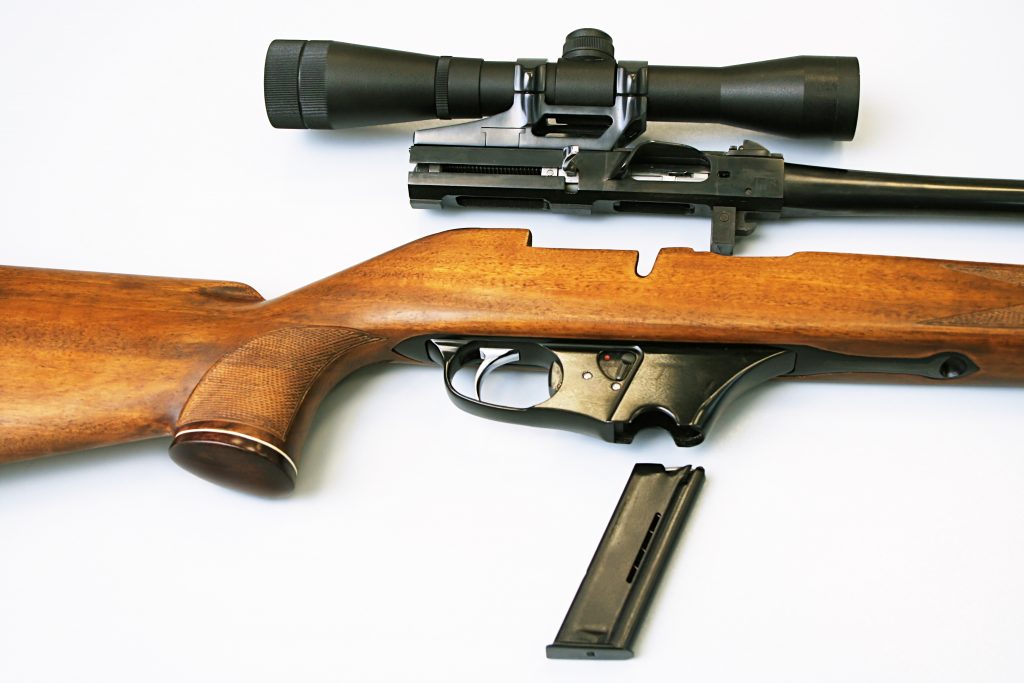 Parts of a Rifle

All rifles and shotguns have three basic parts: the action, the stock, and the barrel.

The action is the core of the rifle. As the name suggests, all action happens here. It is the middle part of the rifle where loading, firing and ejection take place.

There are many different kinds of rifles and some of them have more parts than the others. Usually, action contains the breech, bolt, magazine, trigger, trigger guard, and safety.

Breech: The breech is where you load the cartridge.

Bolt: The bolt is the part that blocks the breech. It moves back and forward to load/unload cartridges. The ejection port and firing pin are usually integral parts of the bolt.

Trigger: The trigger is a lever that initiates the firing.

Trigger Guard: It is the metal part that prevents unintentional discharge.

Safety Lock: As the name suggests, it locks the trigger for safety reasons.

The stock is the back portion of the rifle. It allows stability for easier aiming. Also, it counters the recoil. Traditionally it was made of wood. Modern stocks can be made of wood, metal, or synthetic materials. The stock has two basic parts: butt and fore-end.

Butt: The butt or rear-end is the part that rests against your shoulder when shooting.

Fore-end: The fore-end supports the action and the barrel. This is the portion of the rifle that you hold with your non-shooting hand.

The barrel is a hollow metal tube attached to the action and supported by stock. The barrel has grooves on the inside surface that cause the bullet to spin. It provides stability that allows precision.

Conclusion – Why Is It Important to Know Parts of a Gun?

There you go. Now, you know all key components of your gun and what’s their purpose. The more you understand your weapons, the safer it gets. And it’s all about safety, isn’t it? 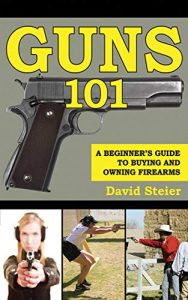 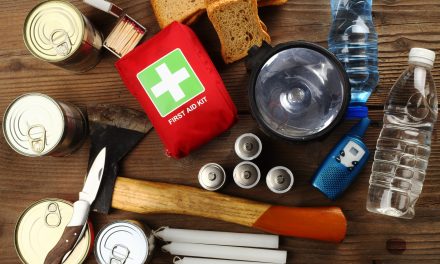 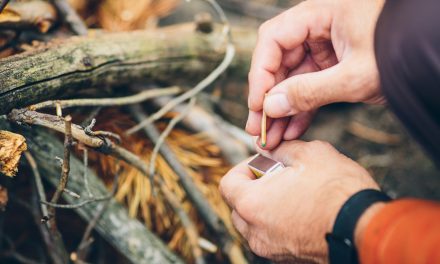 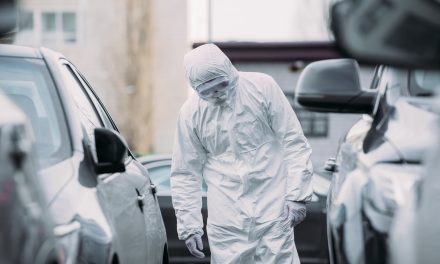 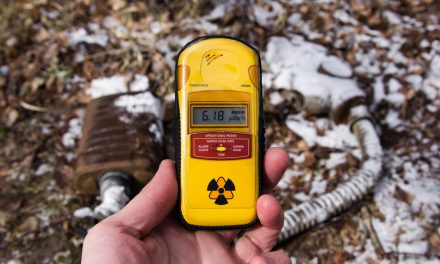 Best Geiger Counter to Have in Case of Nuclear Disaster