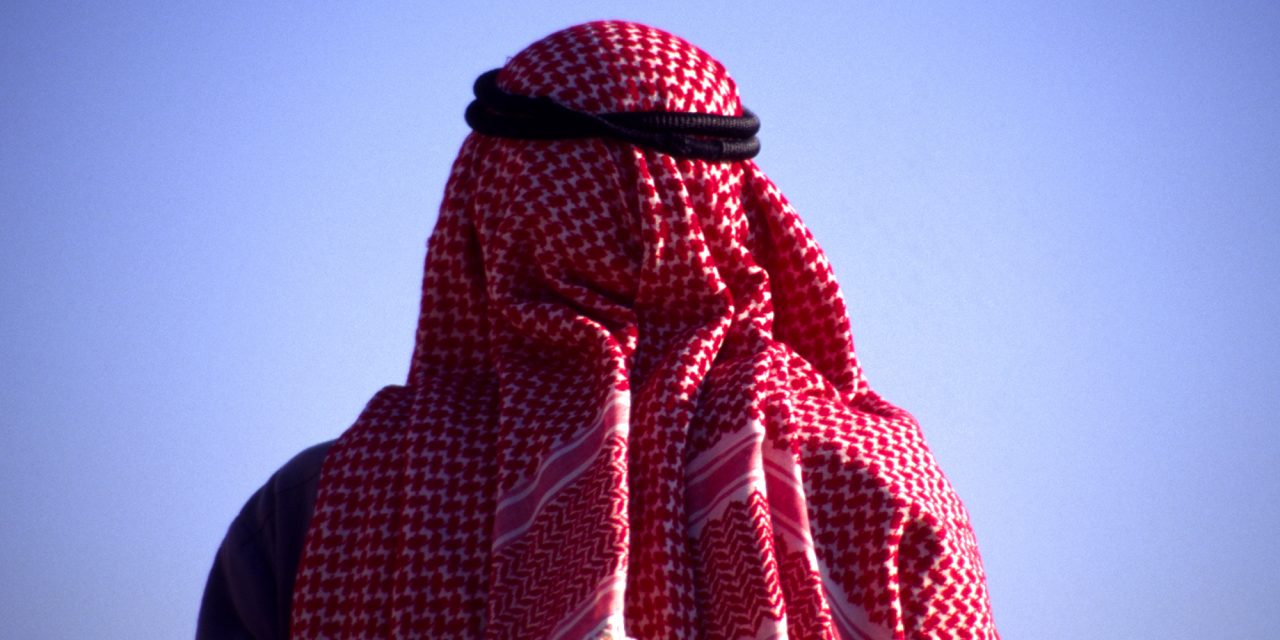 The shemagh scarf is a traditional headwear in the Middle East. It is also known as a keffiyeh, ghutrah, mashadah, cemedani, and more. These different names reflect different cultures and countries of origin. It is widespread in all Arab countries, so we usually relate this item to the Arab world.

But, what does it have to do with survival? With all due respect, it’s just a piece of garment, isn’t it? Well, if you think so, you couldn’t be more wrong. For starters, it is a standard garment of military forces in dozens of countries, particularly of special forces. Now, you must be intrigued: special military forces most certainly don’t wear typical Arab piece of clothing because of fashion. Well, let’s take one step at a time and unveil this amazing item.

What Is a Shemagh Exactly?

As I have already said, it is a sort of scarf, worn on the head and sometimes around the shoulders. When unwrapped it is similar to a bandana, but it’s much larger. It is a piece of square fabric. The size can vary. Smaller shemaghs are typically 42 by 42 inches, while larger ones can be up to 49 by 49 inches.

Commonly it is folded in half to get a triangular shape. Then it can be wrapped and tied across the forehead. Also, it is often combined with an agal, a traditional headband that keeps the shemagh in place. Cotton is the most common material for shemaghs.

This scarf has a fascinating history. Several countries identify it as an important part of their tradition and culture. Therefore, some of them have patterns and color schemes typical for their region. While there are various claims by different countries that they have been the first to use shemaghs, the truth is more reconciling. It is very likely that all shemagh or keffiyeh varieties originated from Babylonian headdresses from the whopping 32nd century BC!

Fast forward to the 21st century, this Middle Eastern scarf is recognizable worldwide. Even more, it permeated fashion trends. Celebrities and trendsetters such as Sting, David Beckham, Madonna, Colin Farrell wore shemaghs on many occasions. Truth be told, it is more of a fashion fad that comes and goes every couple of years or decades.

Anyway, my point here is that a shemagh is such a versatile and meaningful item. Besides the historical and traditional value, it can even become a fashion accessory, but what we’re really interested in is potential use in survival situations.

It Can Be a Valuable Survival Tool

When it comes to survival equipment, I often compare it to the military gear. Soldiers, particularly special forces, need survival training as well as survival gear. Facing survival scenarios is a part of their job. So, if the military uses a certain item, it is most likely a good one. And you’ve probably seen some photos of US Marines in Afghanistan wearing shemaghs. Are they trying to look Arab? Or to blend in? No way. The shemagh can become a survival or bushcraft tool with dozens of uses.

The story of survival is all about resourcefulness. Use whatever you’ve got to overcome difficulties. You can be prepared, stockpiling food, weapons, and gear, but you can never guess how things will play out. You may lose some of your equipment or supplies. So, a good survivalist possesses the skills and ability to adapt quickly. So, let’s see how shemaghs fit into this story. 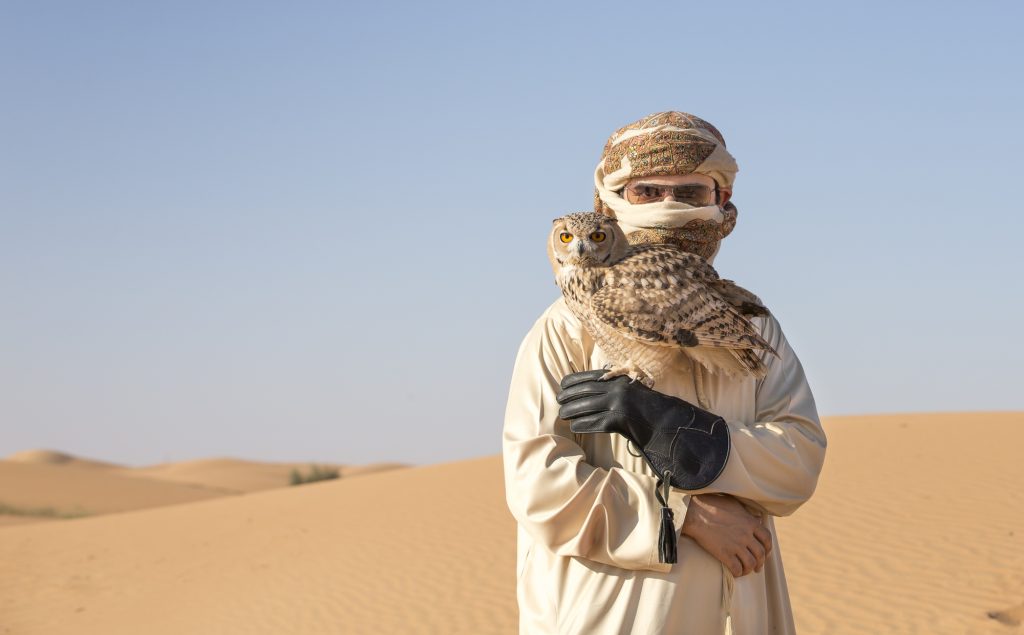 17 Ways to Use Shemagh Scarf or Keffiyeh for Survival

I’ll start with the basic purposes of shemaghs. It is no surprise that it was invented in the Middle East. This part of our planet has a hot, dry, and arid climate. Furthermore, there are deserts all over the place. The people of this region live under the scorching sun, with plenty of sand and dust around. But, they have come up with an all-in-one solution – a shemagh. It was designed to protect people from the elements.

A shemagh is a versatile garment right from the start. There are several different ways of wearing it. If you wear it on the head, you will have decent protection from the sun. After all, it is a standard headwear of Bedouins. And no one knows desert conditions better than them. You can fasten it as a turban or you can do it loosely so it drapes over your shoulders and the back.

A neck-scarf style will protect your chest and shoulders from the sun. All styles can be adjusted to cover your face for additional protection.

When the storm hits and there is sand or dust around, you know the outcome. Sandstorms or dust storms are common in dry and semi-arid regions. A shemagh is a sort of air filter. Okay, it won’t stop the finest particles, but it will block dust and sand.

Furthermore, if there’s smoke in the air, a damp shemagh will reduce smoke inhalation and allow you to breathe better for a while.

Traditional shemaghs are usually white with red or black patterns. However, Special Forces often use camo color patterns. Shades of green, brown, and grey will make you unnoticeable in the outdoors. Of course, you need to wrap the shemagh around your head and face, first. No need to mention that the rest of your clothes should be inconspicuous as well. It is a faster and cleaner way than face paint or mud.

In a pinch, you can use it as a towel. The shemagh is a pretty good absorbent, so it can do the job. It is also thick enough and it dries pretty quickly.

It’s not really meant for cleaning, but, hey, we are talking about survival uses. So, it’s not a magic cloth, but it may come handy to clean whatever you need.

While it seems as if it’s just a piece of fabric, the shemagh is pretty tough. It is also long. Therefore, if you don’t have anything else, you can use it to tie things together. When you roll it, it can stand a lot of weight. Even though it’s an improvised rope, it will be strong and durable.

Obviously, if you can turn it into a rope, it can become a belt as well. 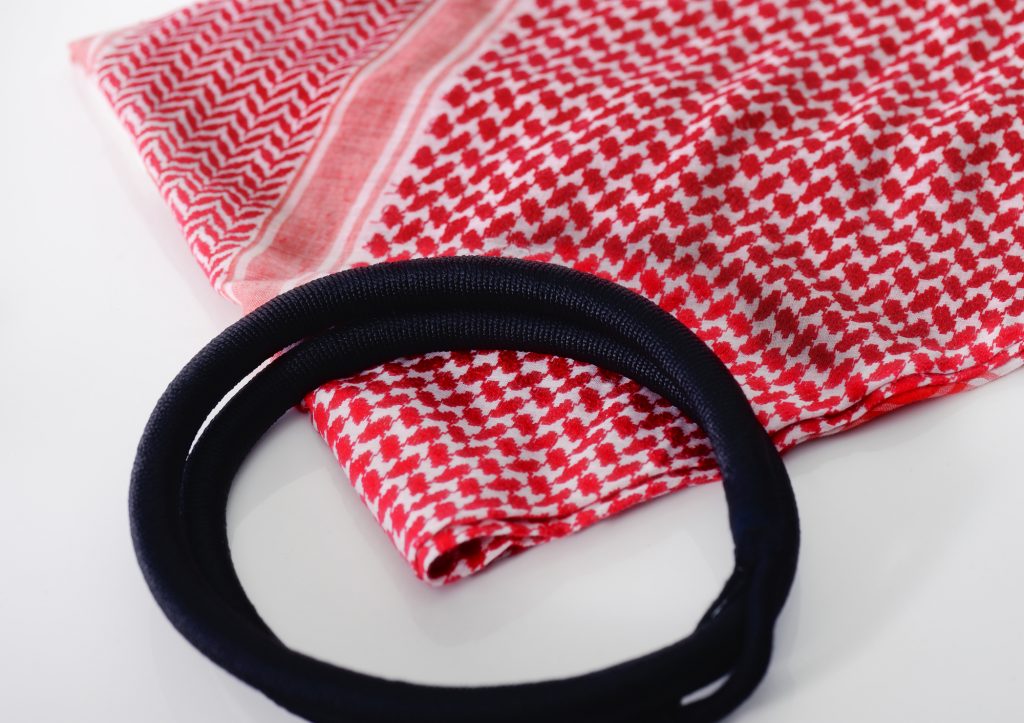 Okay, this is a little bit of a stretch. It’s not thick enough to replace a regular pillow. Nevertheless, you can fold it a couple of times to get a mini pillow. Think of a long bus ride. Or spending the night in the tent or a shelter. If you don’t have a pillow, you’ll be very happy with your shemagh.

It’s the same as with a pillow. It’s too thin and not large enough to be a decent blanket. But, if you’re cold, it can become an extra layer covering your upper or lower body.

If you don’t have a first aid kit, a shemagh will be useful. You can use it as a pressure bandage to stop the bleeding and protect the wound. It’s not a perfect solution, but it’s better than ripping your clothes to obtain a piece of fabric to treat the wound.

Sprained wrist or a broken arm? In survival situations, you probably won’t have access to a doctor or hospital. If you don’t have a medkit you’ll have to improvise. Once again, a shemagh is pretty convenient. You can turn it into a decent arm sling. It’s even easier to wrap your wrist.

In cases of severe wounds and no IFAK, a keffiyeh can be turned into an improvised tourniquet. This part is actually easy. However, dealing with severe wounds is risky. You need some medical training to use a tourniquet properly. Otherwise, you may make things worse.

It’s a piece of fabric, so it’s not really a good water filter. It won’t purify water, but in a pinch, you can at least filter out debris, sand, and dirt particles. You’ll still need to boil it though, to make it safe for drinking. Fold the shemagh a couple of times to filter out as much as possible.

After you boil your water, this magnificent and versatile scarf will allow you to take it off the fire. It’s the same if you’re boiling a soup, tea, or coffee.

It’s not a bug out bag, but it can be used to carry things. When you don’t have more space in your backpack or you’re out of options, it can become a handy little bag.

If you have plenty of water available, a shemagh can help you stay cool on a hot sunny day. Soak it in water and wrap it around your head and neck. It will last until the water evaporates. However, it won’t work in high humidity. And maybe you don’t want to waste your water for cooling. Anyway, it’s good to know the trick.

You can transform your scarf into a sling. Just wrap a rock and you have a new weapon. Actually, it takes some practice to become adept. Maybe it’s easier just to throw the rock if you don’t have any other weapon. But, a sling can be a weapon. And David killed Goliath with a sling and rock! Was it a shemagh?

I am pretty sure that there are dozens of more possible ways of using shemaghs. It is such a simple piece of cloth, but it’s so practical. If you live in a dry climate, you should definitely pack it in your bug out bag. It’s small and lightweight, but strong and versatile.

Usually, I don’t care about the historical or traditional value of my survival gear (practicality is my only priority). Still, it is kind of cool to use a scarf that has been used as a multi-purpose tool for thousands of years. 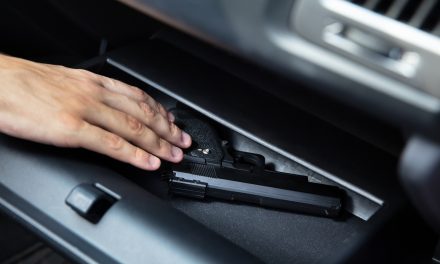 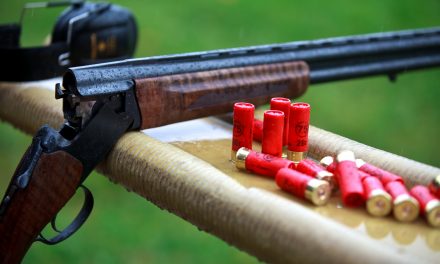 How to Choose the Best Survival Shotgun – Beginner’s Guide 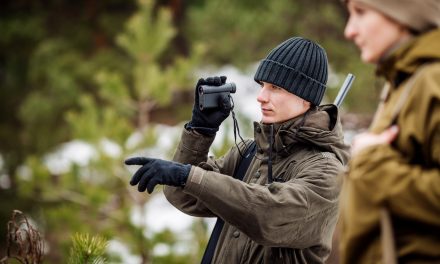 How to Find the Best Rangefinder – Top 7 Picks Reviewed 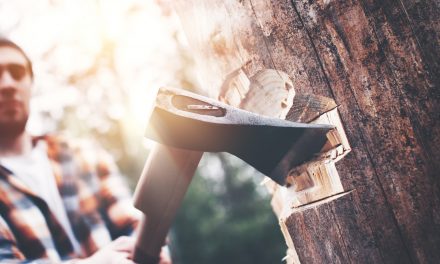