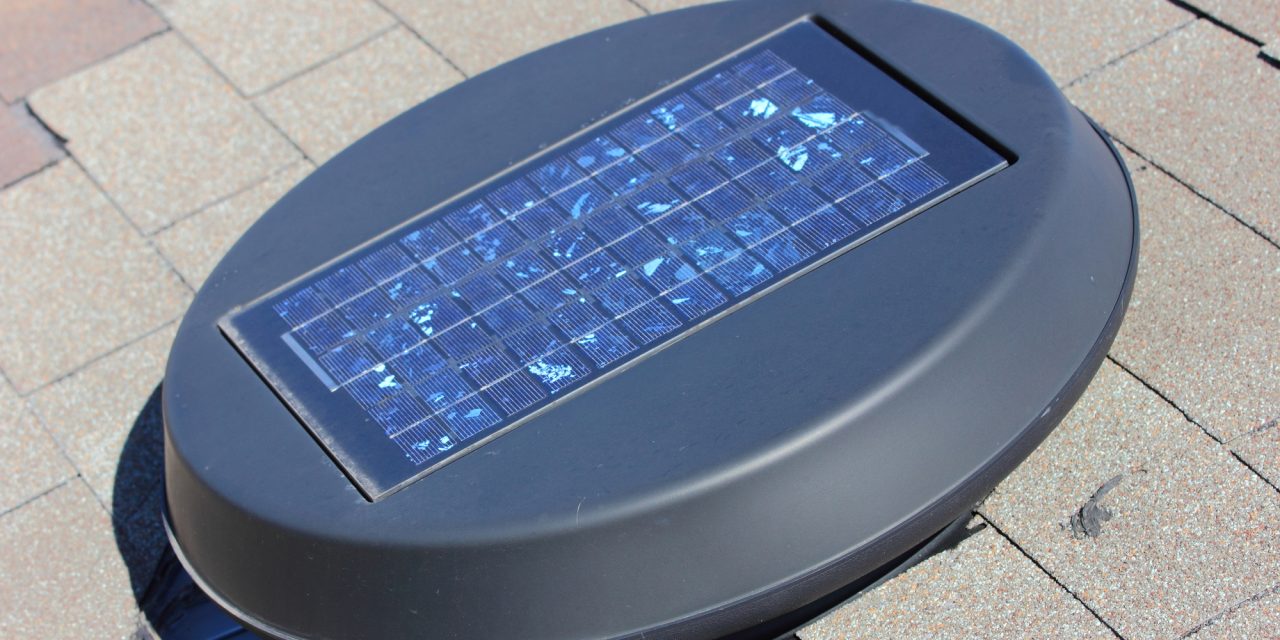 The solar powered fan has been gaining in popularity as of late. Is it just a new fad or a convenient device that offers some advantages? It sounds like a relatively simple question but it’s not.

For starters, there’s no doubt that a solar powered fan has some advantages and benefits. But, the real question is: are these benefits good enough to switch to solar fans? Before I break it down for you, I believe that solar power, in general, deserves a small tribute in this article.

There’s nothing that makes me uncomfortable as a hot, dump, sticky summer day. Fortunately, we have multiple choices to deal with hot, humid weather. From awnings and trees to fans and air conditioners, these appliances and remedies help us alleviate or avoid this problem completely. So how does a solar fan perform when compared to “traditional” fans? What to know before you start searching for the perfect one? Read on to find out!

Solar Power IS Good – and Not Because Everyone Says It Is

While we probably won’t exhaust the air capacity of our planet, many other resources are limited and we are approaching red lines. Energy is probably the first thing that comes to one’s mind. Fossil fuels provide around 80% of the world’s energy. At current burning rates, we will run out of known reserves by the year 2060. New reserves will be discovered, but my point is that eventually, we will burn them all. It took literally millions of years for Mother Earth to produce these fuels that we burn so hastily and carelessly.

On the other hand, we can not run out of solar energy. Scientists estimate that the Sun will swallow the Earth long before it loses its potency, about 5 billion years from now. It means that solar energy will be available for as long as we have our planet.

Truth be told, we still struggle to use it efficiently. But the benefits of solar energy are obvious. There are almost no production and maintenance costs. It’s an inexhaustible and abundant source of energy. Actually, if we could only store it efficiently, we would have switched to solar power in a blink of an eye.

Unfortunately, we can’t do it yet. However, there’s reason to believe that sooner or later, solar power will prevail. Just a couple of decades ago, the price of solar panels was astronomical. Now, they are relatively affordable.

Hopefully, storage capacities will follow the path. In the meantime, you can take some small steps and install a grid connected solar power system.

Why You Should – Or Should Not – Have a Solar Powered Fan 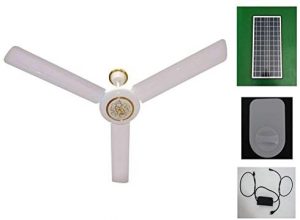 First, you have to ask yourself whether you need any kind of fan at all. If you live in a colder climate with short mild summers, maybe you don’t need cooling. Also, in hotter climates, you can rely on air conditioning to keep your house cozy and cool. However, AC devours tons of power to keep you and your home cool. It increases your electricity bills significantly.

Fans are the second most common option to fight excessive heat. They can be used outdoors as well. Since the major goal of buying a fan is to reduce power consumption, it sounds reasonable to choose a solar fan.

While electric fans don’t use too much power, solar powered fans use none. Well, they use solely energy that comes from the sun, to be precise. So, the reasons to buy a solar powered fan are pretty obvious. Your household will improve energy efficiency, your electrical bills will decrease in the hottest months, and it’s an eco-friendly option.

On the downside, solar fans are more expensive. Typically, it takes about 8 years for a modern solar panel to pay for itself. As for solar fans, it depends on how often you use them. The greatest advantage of solar fans is their major flaw as well: they need the sun to operate. Actually, they will run even on a cloudy day, but at about 25% of their capacity, which means – slowly.

However, there are some models with a battery backup to keep it running for a couple of extra hours, after the sun goes down. Finally, solar fans are not as powerful as electric ones.

What to Look For in a Solar Fan 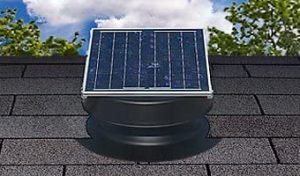 Once you decide to get a solar powered fan, there are a couple of things to consider.

First of all, you should figure out where you want it. There are several types of solar fans best suited for certain uses. These categories often overlap, and some fans can fit into several categories. Still, you don’t want to end up with a small fan designed for a chicken coop in your large room (such as this one).

Since solar power is still developing – there are new products emerging all the time. Today, you can even find hats with mini solar powered fans to cool the top of your head! It looks silly, but it’s effective. Anyway, you probably don’t have these on your mind when you think of solar fans so it’s time to move on. 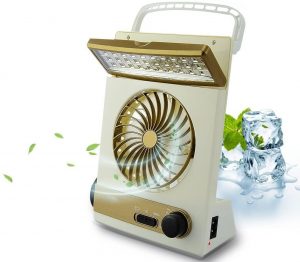 Now you know what type you want to choose. The next step is to check out how much space it needs to cover. Fans can’t cool rooms, they cool people. So, if your fan can’t blow air to reach you, it’s useless.

Typically, larger rooms will need ceiling fans, while smaller rooms can get away with other kinds. Just make sure that the size of your room doesn’t exceed the capacity of the fan.

You don’t want to redecorate your house because of the fan. You have to consider available space so that your fan doesn’t get in the way.

Also, it’s not that simple to choose the position, unless you’re getting a ceiling fan. Your new solar powered fan should be able to blow air where you want it, but it should be close to the place where the sunlight is available.

Fans with longer cords will give you more freedom in choosing the right spot, though.

Larger fans can move more air. But, they usually need more power as well. And then there’s the aesthetic aspect. A bulky, large fan can look ridiculous in your small room. So, take everything into account to come up with the best solution.

It is pretty much the same with solar panels. A larger panel will provide more energy as long as you position it well.

Solar fans typically make less noise than electric ones. Some people actually enjoy the humming noise coming from the fan. They find it relaxing and soothing.

It’s called “white noise” and it’s a common remedy for babies who have trouble falling asleep.

However, no one likes it if it’s too loud. Then it becomes the opposite – annoying and irritating. So, look for quieter models that won’t make it difficult to talk or watch TV.

Solar energy is the energy of the future. But you can reap some of its benefits today. Solar powered fans are cool devices (pun intended).

Even though you’ll probably still need AC for very hot days, a solar powered fan will allow you to save some energy and some money. 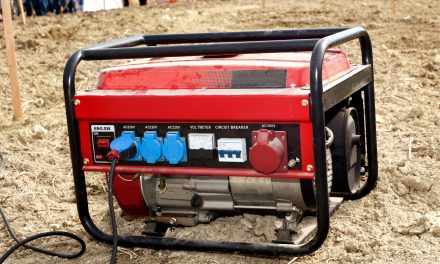 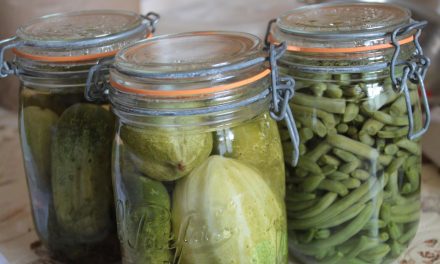 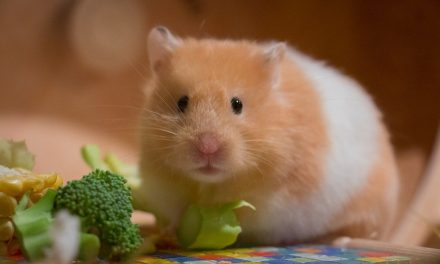 5 Types of Garden Vegetables You Can Give to Your Pets 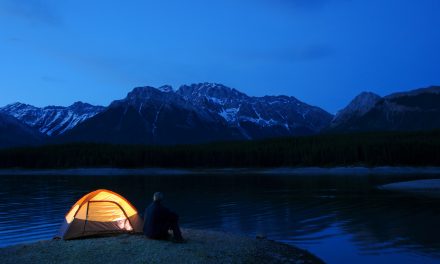